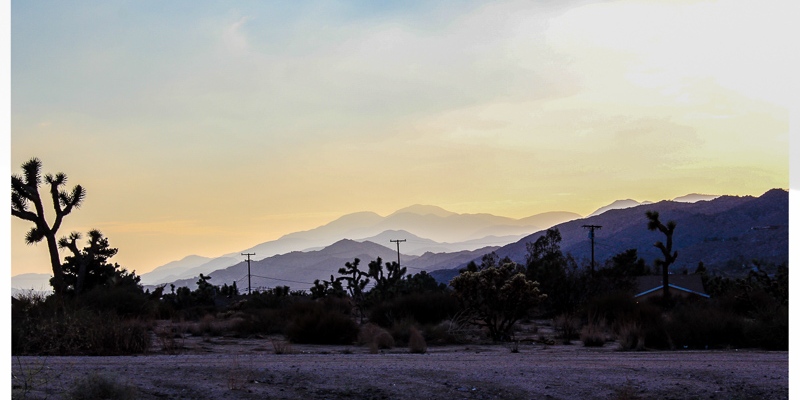 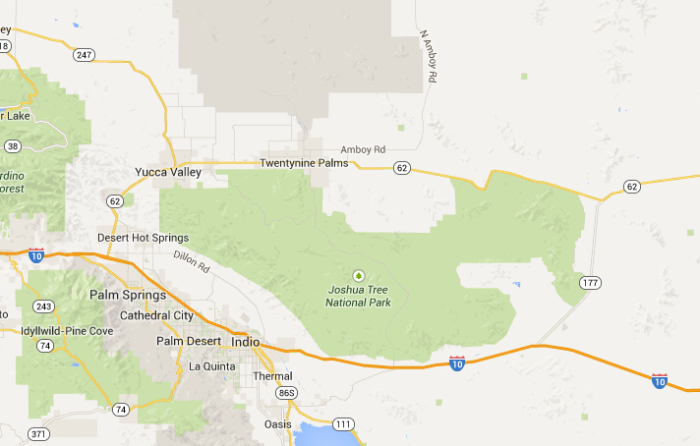 After leaving Lanni’s house in Los Angeles, I eagerly began my anticipated journey to Joshua Tree.  I’d planned to stay out there and strictly write and be stationary for most my time in the Mojave Desert.  I needed a break from the constant stream of interviews, research and walking I had done from Texas to California. 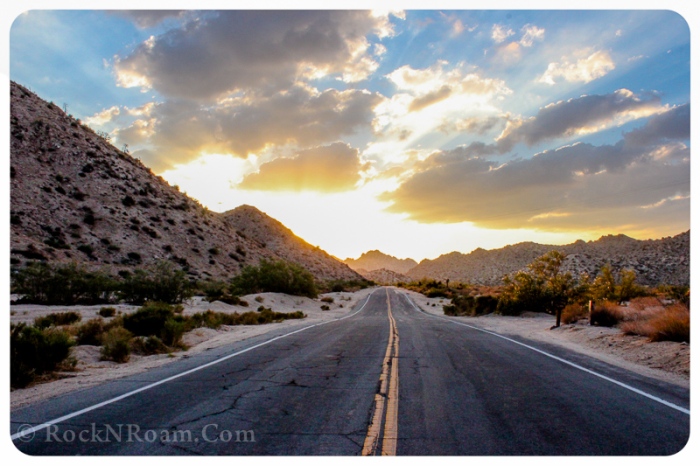 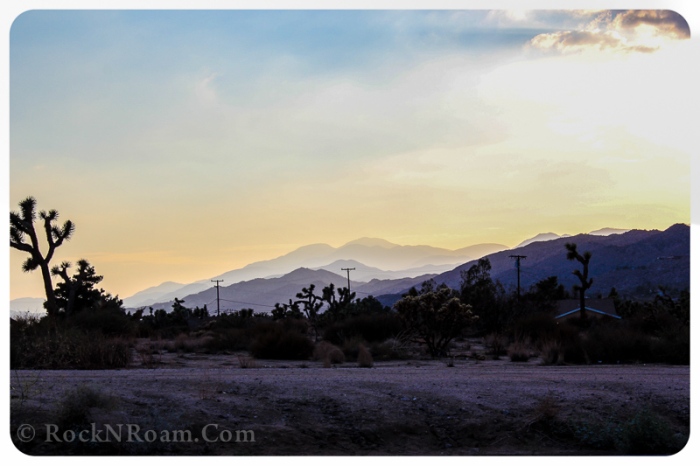 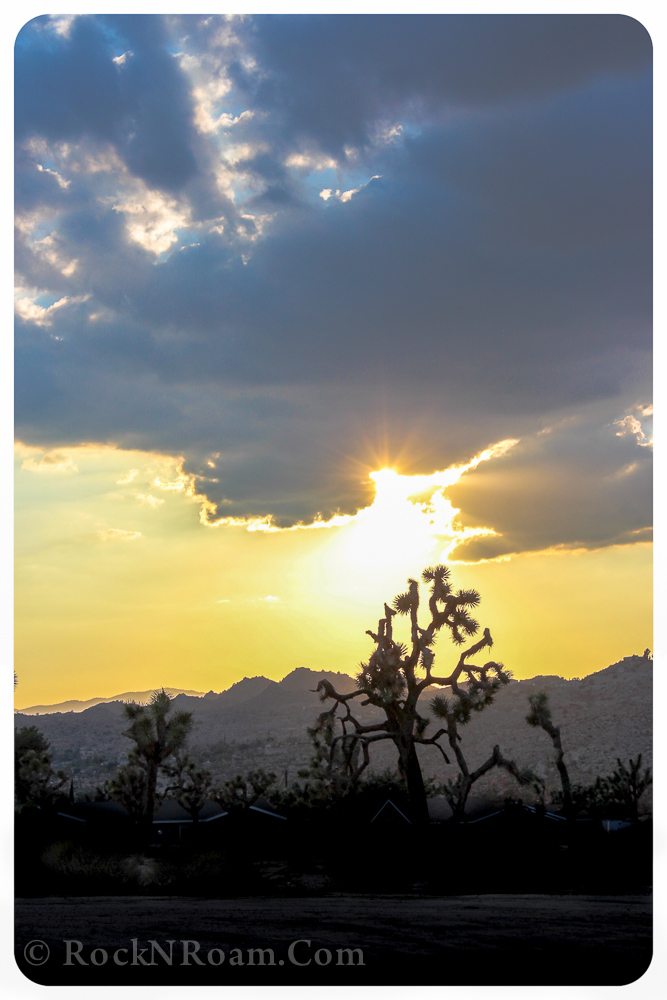 I knew my trip was not even half-way over so, I needed to conserve money and look into buying camping supplies.  I’d only been camping once or twice as a child and didn’t really know what to purchase, I hoped it wouldn’t be much. 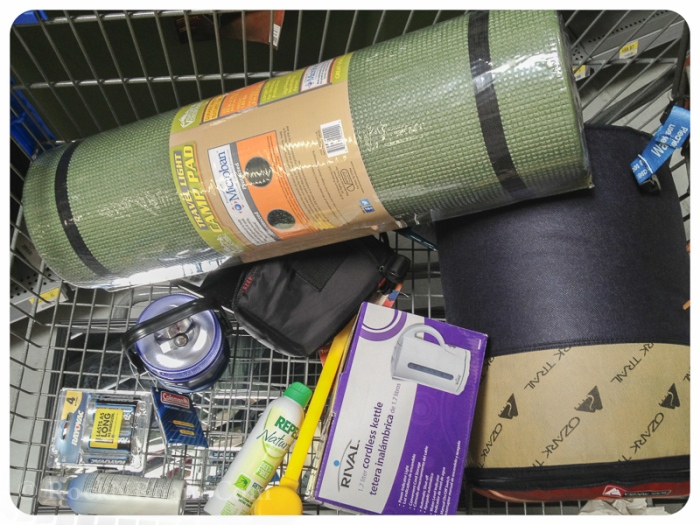 After arriving in Yuca Valley, a small town outside Joshua Tree, I went to explore camping gear and bought the bare necessities for 100 degree desert weather (and in my budget);  tent, sleeping bag, a padded mat, flashlight, shit tons of water, electric water heater for instant coffee, bug spray (didn’t need it, ever), sunblock and a mallet for hammering the tent stakes (boy I’m smart).  Throughout the rest of my road trip, these were the only camping necessities I needed (I was not planning on doing any propane cooking).  Total spent on my home for the next 3 months:  $147. 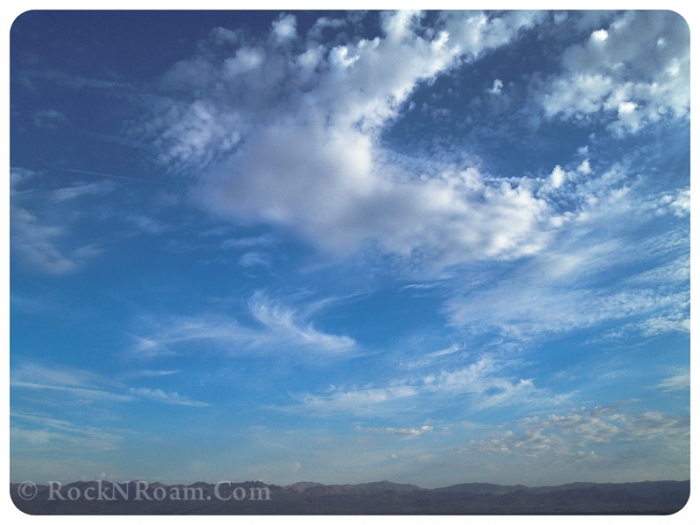 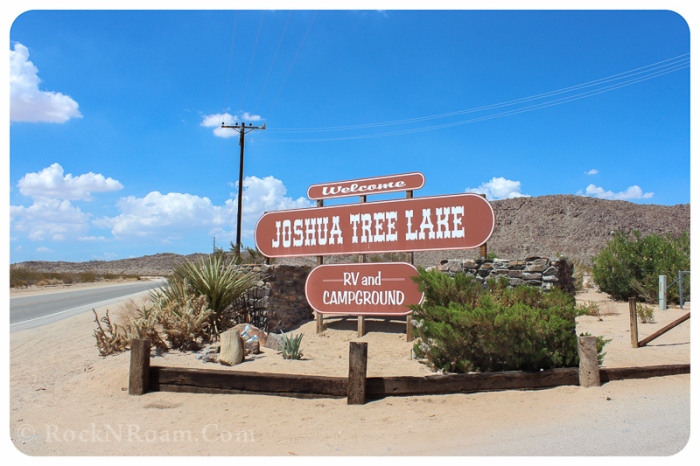 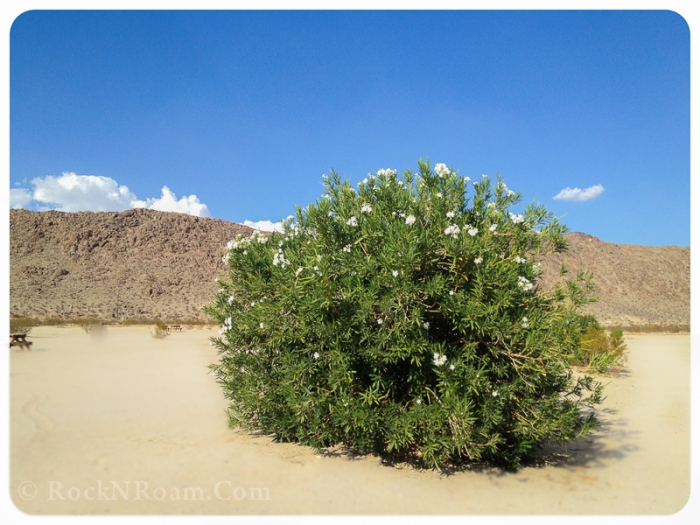 I found a very very remote RV/camping park, my favorite one on the entire road trip, $8/night!  No one out there but me as, it’s hot as hell…who in their right mind is in the desert mid summer?  (By the way, despite what the picture says, there is no “lake”…it’s a duck pond by the office). 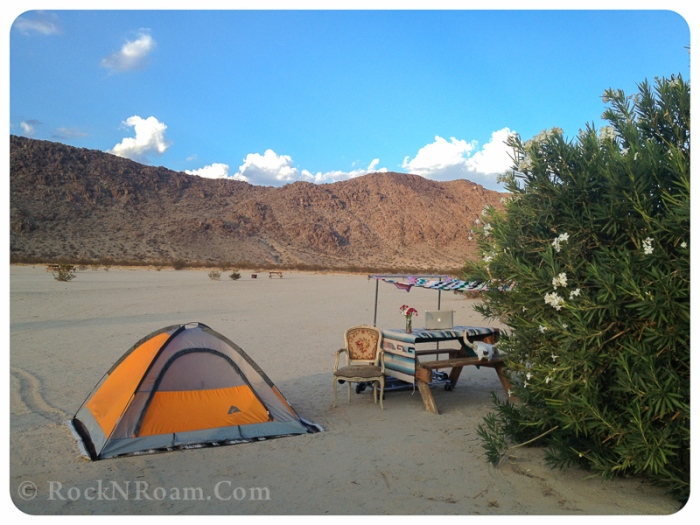 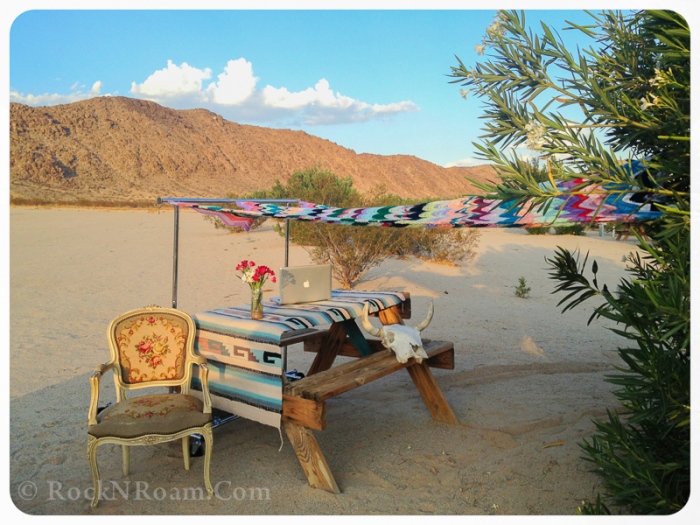 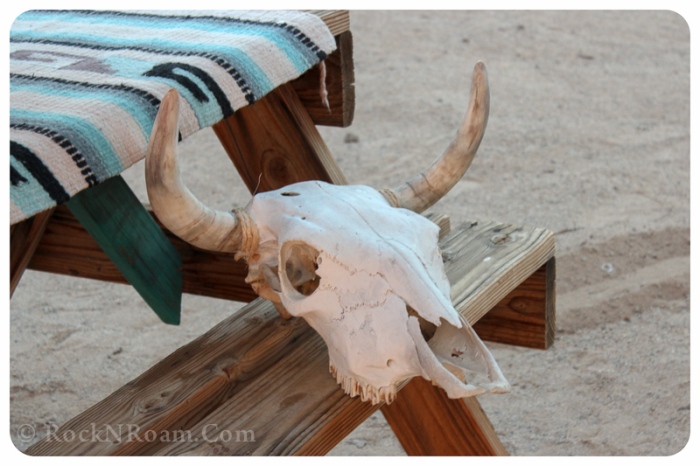 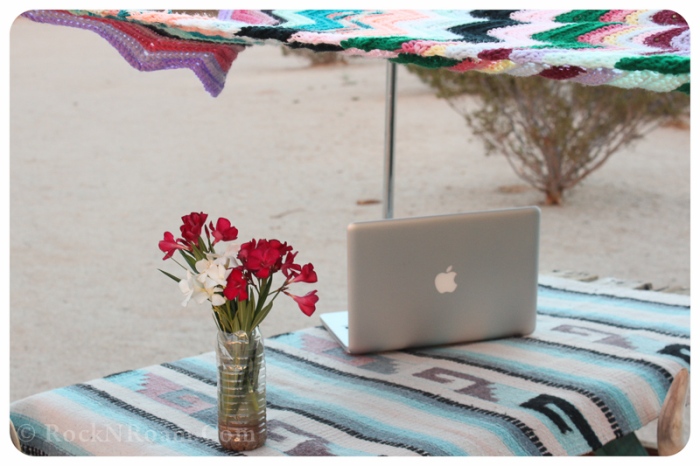 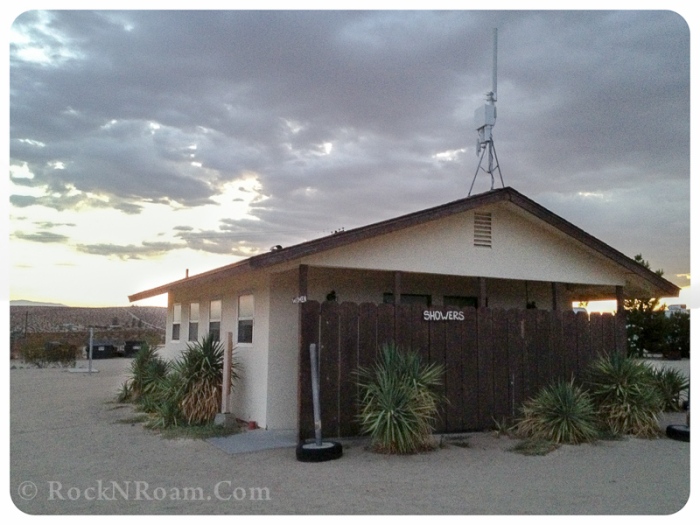 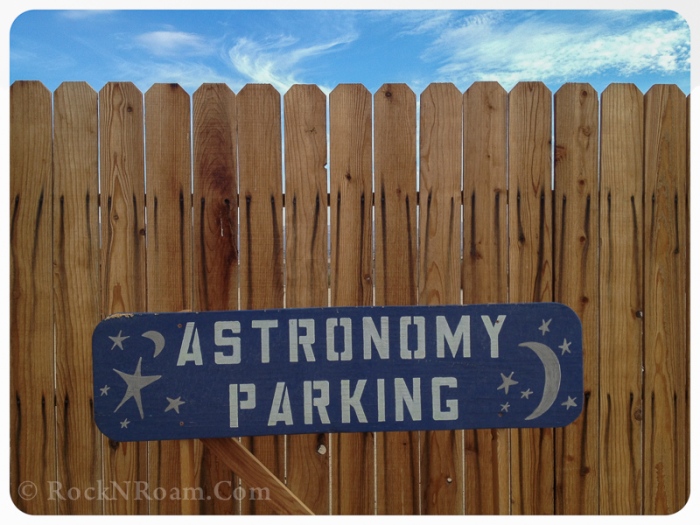 The desert has unexpected weather.  My first night sleeping in the tent was scary as, not only did I keep thinking of that movie The Hills Have Eyes (the 1970’s one) and Texas Chain Saw Massacre but, the wind was blowing viciously and while I had my flashlight on, I could see (and hear) all the moths/flies land on the tent, trying to enter so they could  poop on my flashlight..or barf on it, or whatever the hell they do. 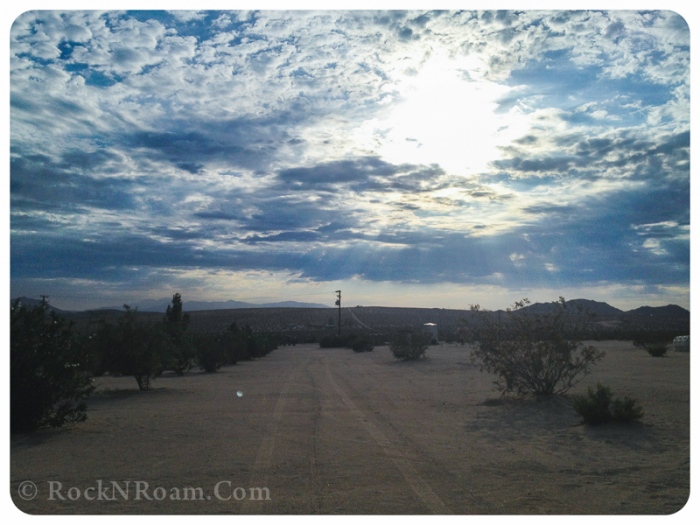 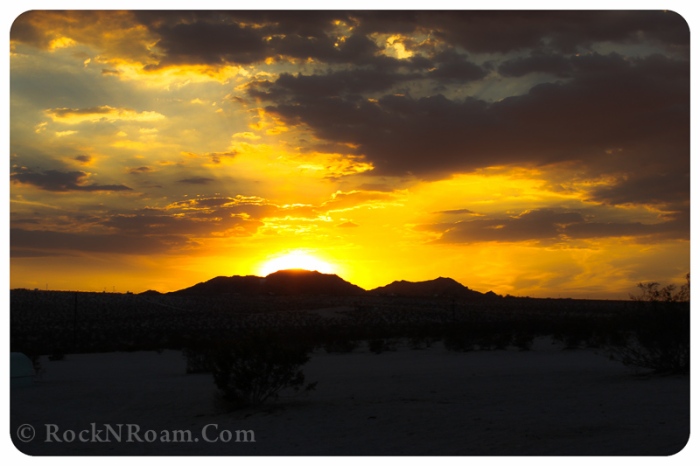 The next night was eerily silent.  I was exhausted and slept like a log on my rolled up beach towel-pillow.  Around 3AM I awoke to a bright light on my tent that frightened me (did someone have their headlights on my tent, and why at this hour of the night out in the middle of the desert?).  I unzipped the little flap of my tent and the only thing that separated me from what lurked in the Mojave Desert was the little mesh bug screen.  I tried to peer out to the left where the light was coming from but, my tent was facing South.

I unzipped the entire door and put one hand onto the ground and leaned forward enough to pop my head out of my little orange dome.  The moon was bright and lit up the entire desert.  It was so unbelievable that I could walk around outside at 3 in the morning and actually see….everything!  I sat on a nearby picnic table and did nothing really.  The temperature was perfect (about 80 degrees) and the silence was soothing under the moonlight.  It was so bright I could have written in my journal if I wanted but, I just wanted to sit in appreciation of Mother Nature.  I tried to photograph what I saw to record the memory but, I didn’t feel like looking for my tripod so, the image is a bit shaky.  Perfect second night in the desert and I was scared no more. 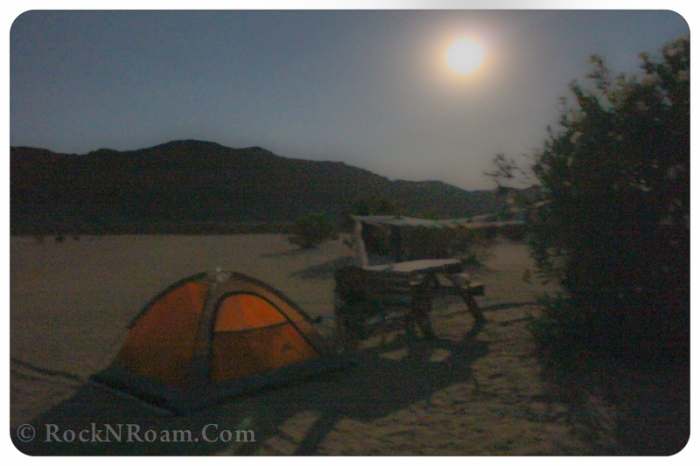 2 thoughts on “Joshua Tree, it put hair on my chest” 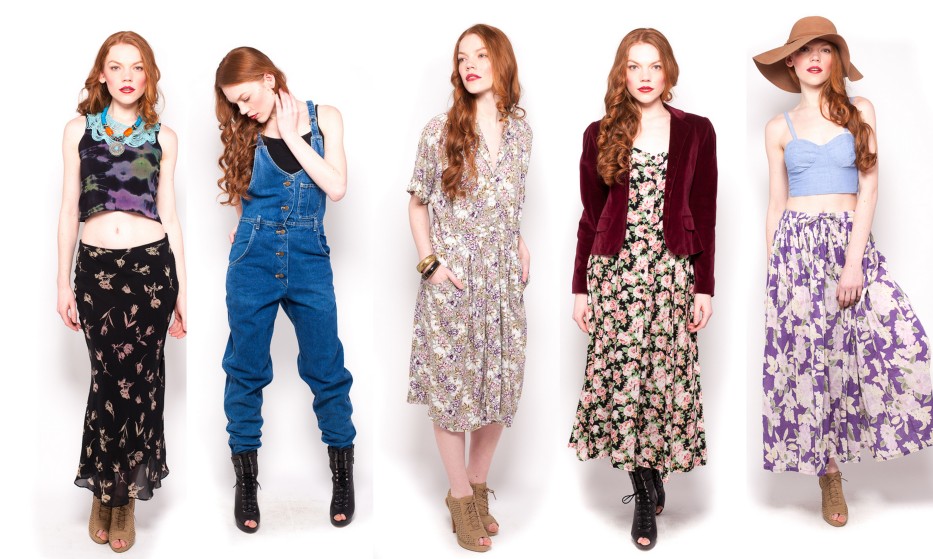